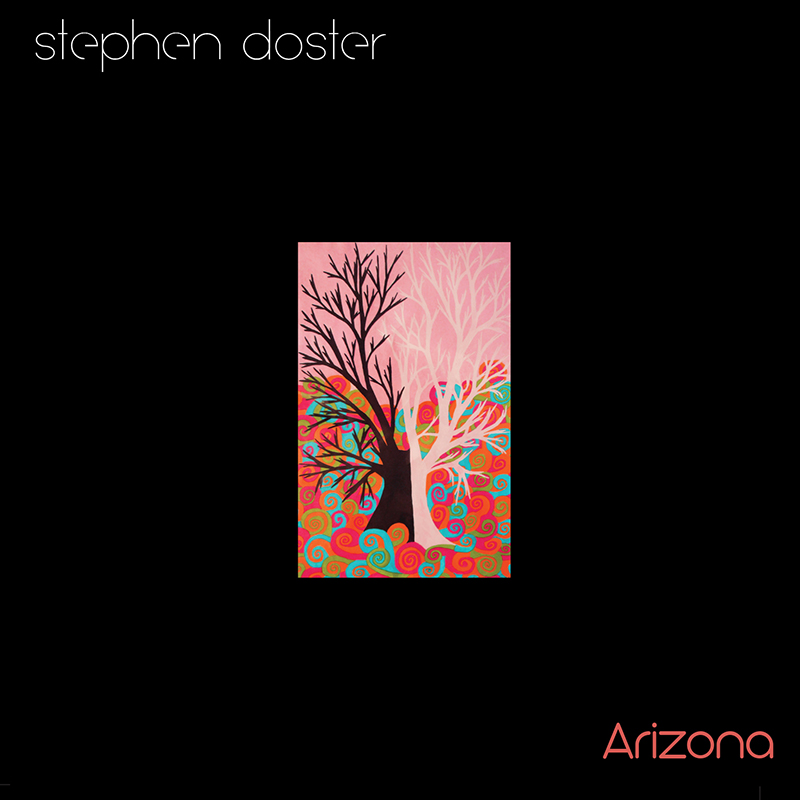 Arizona, the second full length solo album from Stephen Doster, features a cycle of songs written by Doster, including one co-written with Tommy Shannon and Chris Layton of Double Trouble fame. The LP, also produced by Doster, spotlights his fluency and mastery at the six string in a variety of musical styles from rock to pop and blues to R&B. Masterful, yet understated, Doster’s guitar work on the album is anchored by stellar performances from his core studio band of Dony Wynn (drums & percussion),George Reiff (bass) and Kevin Lovejoy (piano and keyboards), as well as recurring cameos from cellist Brian Standifer, and jazz artists, Elias Haslanger (saxophone) and Ephraim Owens (trumpet). Engineered, recorded and mixed by EAR Studio ace, James Stevens, Arizona is a labor of love for Doster, and perhaps the crowning achievement in his over 40-year career as a songwriter, producer and performing musician. The songs on Arizona run the gamut from the edgy, guitar driven title track which opens the album to the dirge-like closer “Into the Night.” In between, there is the bright shiny, art pop nugget, “Your Simple Mind,” the horn-driven, R&B shuffle of “Enough for Everyone,” and the jazzy blues of “Baby, There’s No One Like You,” which Doster co-wrote with Shannon and Layton for their album Been A Long Time. Complementing these tracks are the gorgeous “I Found You,” the sophisticated adult pop of “Second Story Balcony” and “Pistol Pete,” the bouncy tribute to basketball legend, Pete Maravich. Clocking in at around 38 minutes total running time, Arizona is the kind of album that captivates from the outset and passes by so quickly, like a warm summer breeze, that you will find yourself replaying it as soon as it ends.