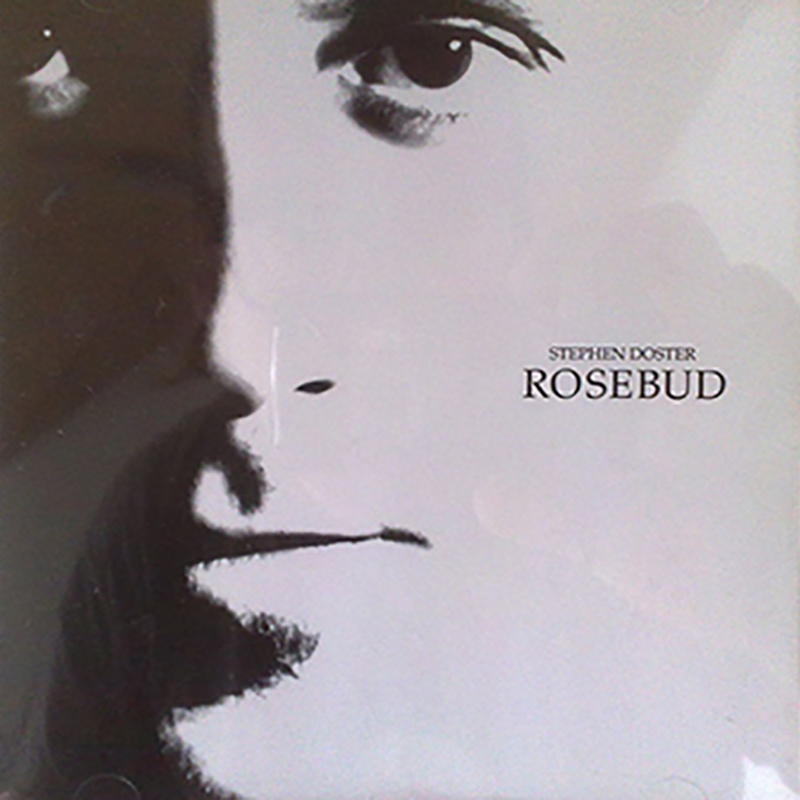 For Stephen Doster fans who knew of him mostly for his musical connections to some of Austin’s finest folk artists, like Nanci Griffith and Steven Fromholz, Doster’s 1996 power pop-drenched debut Rosebud was a revelation. Of course, anyone who had seen Doster leading The #9 Orchestra in their bi-annual tributes to the music of John Lennon and The Beatles knew that Doster could power pop with the best of them, and Rosebud is a living testament to that truth. Throughout Rosebud, Doster more often evokes the edgier, song crafting of John Lennon, Neil Finn and Jules Shear than any self respecting, folk troubadour would dare. It is not until track 6 of Rosebud, Doster’s broken love song “Never Be The One,” that an acoustic guitar takes center stage. Before that, Doster launches the listener into an alternate, power pop universe electrically fueled by loud, chiming, distorted guitars. Yet, Doster’s lyrical concerns are more centered on world weary disillusionment, than with the mere girls and cars themes of standard power pop fare. This is not to diss, standard power pop fare, but rather to point out that Rosebud is not your by the numbers power pop offering. In an album full of standout tracks, the Lennonesque “Word” and “Kid Django,” along with “There Is No Time” and “Outside World,” lead a solid and generous set of songs and performances from Stephen Doster.